Climate Change and the Plight of the Black-tailed Prairie Dog

The Great Plains encompasses the entirety of Nebraska, North Dakota, South Dakota, parts of Colorado, Kansas, Montana, New Mexico, Oklahoma, Texas, and Wyoming. Each state offers ecoregions and ecosystems unto themselves and each is unique.

As you approach the North Platte River Valley, deep canyons of rolling grassland seem to swallow the horizon while large buttes rise more than 800 feet from the valley floor, defining the history of the region layer-by-layer. Windblown deposited silt, sand, and volcanic ash created this unique landscape with the help of wide winding rivers and floods over 32 million years.

The land is uniquely tied to the wildlife that live here. Animals, insects, birds, and reptiles making their permeant homes on the Great Plains have evolved to take advantage of scarcity in the grasslands. They’ve become specialists with the ability to use limited resources offered by the habitat, yet each is interdependent on the others’ survival.

With the introduction of agriculture on the Great Plains, the landscape began to change. Loss of habitat, encroachment, the use of pesticides, chemical fertilizers, the introduction of coal as a fuel for boilers in processing plants, which produces extremely toxic coal ash and reduces air quality, the damming of rivers, and the rerouting of water supplies have had a impact on the diversity of the landscape.

Black-tailed prairie dogs are “ecosystem engineers” and are a “keystone species” in most geographic areas, especially the northern Great Plains, by enhancing the diversity of vegetation, vertebrates, and invertebrates through foraging and burrowing and by their presence as prey items, which supports a much higher biodiversity than grasslands not occupied by them.

Hundreds of species of vertebrates and invertebrates are associated with black-tailed prairie dog colonies, which commonly occur near rivers and creeks.

||| THE BIODIVERSITY OF THE SHORT GRASS PRAIRIES IS AT RISK

West of the Missouri River in Montana, more than 100 species of vertebrate fauna in prairie habitats rely on black-tailed prairie dog colonies for food, nesting, and denning. Rare and endangered species, such as the Black-footed ferret (Mustela nigripes), the swift fox (Vulpes velox), Mountain plover (Charadrius montanus), and the Burrowing owl (Athene cunicularia) are directly associated with prairie dog colonies.

However, the biodiversity in shortgrass prairies is currently at risk due to the reductions in distribution and occurrence of black-tailed prairie dogs due to farmers and ranchers viewing them as pests and the deliberate poisoning of and/or, colony members being used as sport targets in shooting matches (unregulated eradication), fragmenting the colony and leaving it vulnerable to Sylvatic plague. As a result of habitat fragmentation and unregulated prairie dog eradication programs, colonies are now smaller and more fragmented than in presettlement times, reducing their habitat to 2% of its former range over the last 75 years. As prairie dogs continue to decline, so does the myriad wildlife that benefit from prairie dog colonies.

Prior to the beginning of black-tailed prairie dog habitat destruction, the species may have been the most abundant prairie dog in central North America and was one of two described by the Lewis and Clark Expedition in the expedition’s journals and diaries.

||| HOW DO WE SAVE THE BLACK-TAILED PRARIE DOG?

Shooting or poisoning Black-tailed prairie dogs offers few long term solutions to managing existing colonies though it is the impulse for most farmers and ranchers wanting to rid themselves of the prairie dogs’ presence.

Because prairie dogs hesitate to make homes in or go through tall grass, creating tall-grass buffers between prairie dog colonies and adjacent private properties is one way to keep prairie dogs out of where they are not wanted without resorting to killing them.

Growing tall grass is difficult in areas frequented by grazing livestock, but if the grass is placed along the outside of an electric fence the area becomes less accessible to the prairie dog and a micro-habitat for birds, insects, and other wildlife.

Relocation rather than poisoning of prairie dogs from conflict areas to core areas that are fully protected is another solution which, in the past, has paid off when the effort to dig starter-burrows is made to help them establish new homes and cover.

The Endangered Species Act is our country’s most essential environmental law protecting imperiled plants and animals, yet some members of Congress want to weaken the law. Contact your Congress person and tell them that you value native wildlife and want to see all imperiled species protected.

The information in this article has been compiled from: 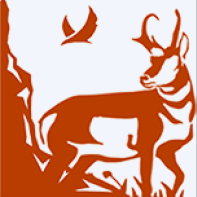