100% Hassle-Free Money Back Guarantee on Limited Edition, Nature & Wildlife Fine Art Prints
Use coupon code HOLIDAY22 to recieve a 25% discount over the holidays.

Guts, The Fashion & The Influence

In the 1960s, long before the invention of the Internet, cloud storage, super-computing, social media, or the very notion of landing a man on the Moon, Henri-Cartier Bresson said: “there were too many pictures in the world, too many distractions…”

In 2021 Instagram users uploaded over 95 million images per day. Needless to say that since the invention of the mobile digital camera/phone the way society looks at, and involves itself in, an image has changed. Photography has de-evolved from the previous decades, not in the technical but in the social sense, in which humanity embraced photography to learn about other people, events, and places in the world.

Bresson was eluding to how the world was beginning to change, how images and information were becoming more easily accessible, and how people perceived photographs as the decade began to witness social upheaval, the sexual revolution, and political scandals that were beginning to gain traction in media. In today’s world photographs and the information found in them, are taken for granted as well as the knowledge and talent acquired to create them. This is why almost everyone in possession of a digital camera perceives themselves to be a professional photographer but, there is much more to make a statement (professional) with an image rather than simply creating (an amateur) one.

One of my favorite genres of photography is fashion though I’m not a fashion photographer on any level. I could be, but I’m not. My interest in art, more specifically photographic arts, spans the entirety of the spectrum and not just one aspect of image-making, styles, genres, mediums, or subjects with the exceptions of graphic design, or digital manipulation, which I emphatically loathe.

That being said, what I find fascinating about fashion imagery is its history and the advances in techniques made by masters like Helmut Newton, Richard Avedon, David Bailey, and other photographers that revolutionized the way the public sees an object or subject.

If done correctly, fashion photography tells a story within a story which is why I’m drawn to it. The genre was specifically evolved to influence the viewer’s perception of what is desirable, beautiful, or acquirable. Fashion images are portraits that evoke an emotion in the viewer, setting a mood, influencing you, and pushing you to see yourself and others around you differently. It’s an art form like no other because it forces perspective and that’s precisely what a successful image is supposed to do. It should make you pause and think.

I have drawn my creative vision and philosophy from this genre and attempt to apply its attributes to every image I create regardless of the subject, lighting, location, or medium. My approach is to attempt to take the image to the next level, and beyond, and I believe that every professional photographer should attempt to meet this standard; to have what Helmut Newton referred to as “guts”.

Finding, or putting, “guts” in an image has nothing to do with the quality of the camera equipment, how many times the photographer has been published, or how many followers they have on Instagram or YouTube.

Almost all images made by photographers found on social media platforms are astonishingly boring and uninteresting. Their images lack the punctum to hold the attention of the viewer. They’re making images (mostly of the dumbest things imaginable), posting them, and making the claim that they’re photographers, which is why their work is relegated to YouTube and not the cover of a national publication.

They’re leaving “guts” out of the equation of their images and guts are what every image, every motivation, and every determination needs to be successful. 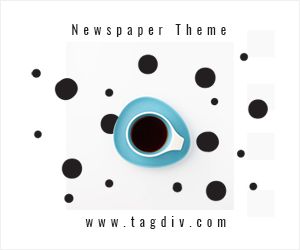 The Future of Photojournalism

After personal reflection due to life-changing events, I came to the conclusion that my push, infatuation, to further excel in the field of photography was being hampered by my embrace of the technical aspects of the medium as well as the social pressures...

It’s Only Data Until You Print It

The term "graphics" is a more appropriate genre for the overabundance of images flowing through the Internet which are visually digested by millions of users daily, and which a majority I personally find without a soul, or pertaining to some meaningful topic, or relevance, other than to entice a "follow", "heart", or "like" click.